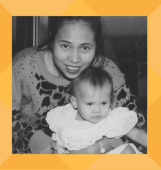 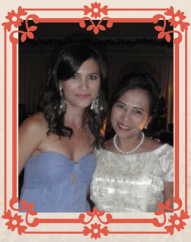 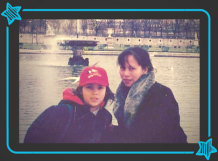 Pregnancy is one of the most spectacular moments that ever happened to me — giving birth is another. September 29 is very special to me. Twenty- eight years ago, I gave birth to a beautiful baby girl. To hold the small human being that I carried for nine months made me cry in happiness. Motherhood is the best experience that I have. As of the moment, I am not with my gorgeous daughter to celebrate this occasion as she now lives in Paris, France. Albeit, we domicile in different continents, our bonding is unbreakable. In two weeks time, I will fly to Paris to be with my baby. I am getting anxious now — totally thrilled that I will be near her for the next five months, spending Christmas and New Year. Last night, I could not sleep and few times I called my daughter. To touch her face and give my warmest greeting is what I long. As mother and daughter, we have misunderstandings, not many times. Perhaps, counting them with the use of my fingers is plenty. Nevertheless, those are parts of the blossoming friendship that we developed and kept on making. We make great memories and those keep me going in times that I miss her very much. I will sit down and ponder the marvellous stints in the days gone. We can only talk so much on the cyberspace and watch each other do our tasks. However, to sit down with her in person — have breakfast, lunch, and dinner or even just to have coffee on the veranda is gratifying. But, just like many others when grown-up, my daughter cannot be with mummy anymore. She has her life. The thing with motherhood — a unique path; I promenade whilst cherishing the joy and laughter we share — remarkable and second to none. To Victoria, you are a friend. But firstly — you are my sweet baby daughter. HAPPY BIRTHDAY! And to all the celebrants today, I wish you all the best! Be a friend to you mum. Mother and daughter are the best buddies. 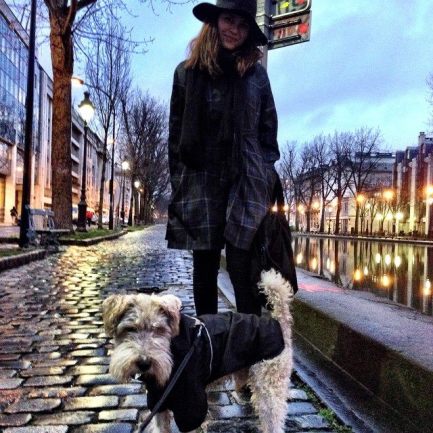 THE HORIZON IN THE MEADOWS

On the beams of the morning,

I woke up with pains in my legs.

As my body cosseted to the just of the pillows;

A pirouette in my dreams then appeared.

Soon to come, I was in the hospital bed lying;

Waiting for my baby to be born on that day.

To the joy of the moment, a cry from a girl!

My heart served to the verve and shouted with all glee;

A beautiful baby girl was smiling at me.

To the many moons that passed our nights;

I cradled and nurtured her with all my heart.

As I embraced her to the hobo of the magical stint;

I did cry and lamented when she wept and screamed.

When she laughed, it dominated the arena of the scene.

Thus, became the sonata to the field of my realm.

When she danced to the music of the Hays;

With all eyes, I watched without a blink.

In chronicling the Clover of my palm;

A Colleen had turned into a lady very fast.

In the city of romance and love now she lives.

In my heart, she is the stunning princess — a gem.

In my soul — gladness she brings evermore.

Charms to my day — her spirit lifts me up to the sky.

Through it all, she is a flashing meteorite.

Her finesse is the glory of my eyes;

Her elocution is the melody to the song.

As she passes, the Aurora of the sun rays with her;

So refine and a la vogue, I will say.

Honoured I and much flattered, yet to say;

A beautiful child is now a fine Mademoiselle.

My dear daughter, you will always be my sweet baby girl

For in my limbs, my extension is such a panache;

Sent to me from Someone up There.

My journey is such a blissful flight because of you.

You are the horizon in the meadows

Who gives me joy, flare, and glare.

May the stars and the constellations align to your wishes. 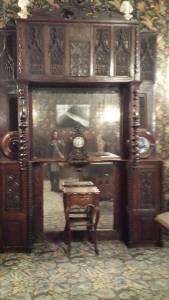 It was 1998 when I first set my foot to the city of love and romance, Paris. I travelled with my two children in a freezing weather although it was one of those winters that were not icy at all. The train ride from Zurich to Paris was not long; we were in the marvellous city after five hours. My children and I stayed near Sacre Coeur. So, every day, we commuted to Paris for half an hour and stayed there the whole day; going back to Montparnasse when we were just about to go to bed.

I so wanted to go to the house of Victor Hugo. One morning, I decided to bring my kids to Bastille. As we were about to walk to Place des Vosges, the rain poured and my children and I ended up in Lafayette, shopping. The second time I went to Paris was 2008 and again wanted to go where the author of Les Miserable spent his life writing. But for some reason, I was not able to go again. However, wintertime 2014, I told myself, rain or shine; Place des Vosges, here I come.

I arrived in the house of Victor Hugo nearly 3:00 o’clock in the afternoon. It was not really far from Champs-Elysees where I was staying. The entrance was free and there were only a few people waiting in the queue.

Living in a tropical place for a long time, even with the slight climb of temperature; it was glacial to me. However, the stone walls of the building had kept its warmth and my thick coat gave me unbearable discomfort; I took it off. As I approached the kindest lady that I ever met in Paris, I smiled gently. She handed me some brochures; I walked my way through to the stairs with excitement. It was a big house, actually.

On the first part of the stairway, there was a portrait of the master. The lady standing near the ingress was kind enough to take my photo. My heart was jumping euphorically as I entered the house; silence in the air as I toddled inside. One particular object which caught my attention was the mirror. Due to its oldness; the lustre had been lost. As I scrutinised the antiquity of the mirror; it had given me the creeps as if a wind gushed my face. It was spooky, really. Then, I stared at the portrait of the author of Les Miserable, I felt like I went back in time. To touch the objects that Victor Hugo owned was surreal. In the arena of my tangibility of that moment, to get the grasp of stepping my foot on the floor where Victor Hugo stood was a real delight.

One of my flight of fancy had come true: to see the house of Victor Hugo after envisioning it for a long time. Well and truly: it was magic. 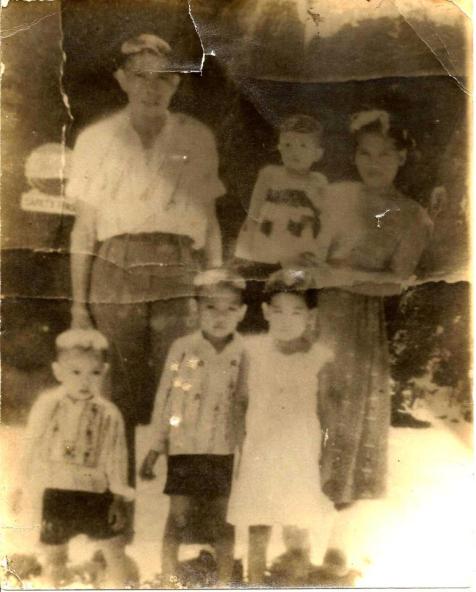 Today is Father’s Day in Australia. HAPPY FATHER’S DAY! Dad does not necessarily apply only to the natural parents. It also applies to the mothers, uncles, brothers and sisters who look after a child in the absence of the biological father for all sorts of reason. Many years ago, the heaven called my dad. I can still recall the saddest moment in my life when I held my father in my arms for the very last time. My dad’s name is Victorio, and many people fondly called him Victor. But, my mother called him Ling. When I was young, I did not have any idea what was the meaning of Ling. I later found out that it meant darling. The great memories of my father, I will cherish and treasure. I can clearly recollect how he taught me; counting my fingers and my toes. He was the first one to teach me how to write my name whilst my mother sat beside watching my fingers moving. My parents were loving and kind. And they were always together; going out of the house to go to work; going to church, cinema, vacation and the lot. It was a big blow to my mum when dad got sick and eventually did not recover. However, as the days passed, it was me who actually could not move forward about the passing of my father. And mum, thoroughly was aware of it. That was the time that she told me to be strong. That when a person is already in heaven, you want him to rest in peace. And my dad will watch over the family and me.

I learn to read; I acquire my knowledge of writing.

Victory is the meaning of your name.

Conquistador of my worries ever since.

Since I was born, you are my mentor;

The natural procreate, so kind and loving.

As I pass my path of youth;

You have been there to cheer my blessings.

There are times I lose my bearings;

You lift me up as high as heaven.

I do remember we have lots of avarice;

And one of them is giving me total devotion.

With all your patience, I accomplish my undertakings.

No other love can match you, dad;

No other man will treat me like a princess;

For you are one, and only kind.

I am here now because of your sincereness.

My life on earth is filled with flair and sparkles.

Our marvellous chronicles are in my heart;

I keep them in my chest of treasures,

So, nobody else can steal that richness.

With no silhouette of qualm and disbelief;

This very minutes, you are smiling.

With all aglow, you blow a kiss from stars above,

To your daughter who loves you so.

With your kindness and perseverance;

I am a happy being and happy soul.

With total warmth and dedication;

I know, and I feel that you are here watching;

And saying, thank you my dearest daughter,

For the warm greetings!